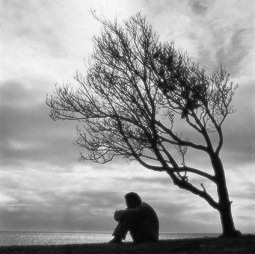 When I am with you, most of my feeling goes unexpressed, and sometimes our chat gets conquered by my stupid gossip. But, when you are away from me, I miss you a lot. I miss you when I laugh and cry, because you are the one who makes my life beautiful. In fact, you are the one who showed me this beautiful world.
When the beams of morning sun glow over Paro valley, I just release my eyes with eagerness to see you somewhere else close to me. But this hope always goes like an illusory dream. I always pray for god to let you come in my dream, but he never listened to me.  A sole day without you seems to be years for me with my eyes wet, arms empty and heart paining constantly.
When you are with me, I seem to smile little more often, the sun shines a little brighter and life is much more charming, but when you are away, my smile ceases, the sky gloom away, and my life full of emptiness. Now the days are longer and the nights are restless for me.
In the evening, when I listen to the sweet melodies of the singing birds, tears rolls down through my cheeks, just wondering, somewhere else if you are missing me too or not. Even the blossom in the garden has a power to have me tearing up with the memories of when we are together.
The pain of missing someone close to my heart is really impossible to bear. In such situation, I feel like getting myself intoxicated, where the world will be painted with the beams of colors and echoes of music. Where I can forget the stern pain of my heart and relax in the world of fun.
Whoops! Thousands of feelings appear in my mind when I miss my so cherished one. My dear sweetheart, at this instance I know that somewhere else you are also hurting your heart equal or even more than me. I know that you too miss me always. I am sure that the songs of the singing birds bring tears to your eyes too. But, thinking of this even adds pain to my heart.
Still, there is nothing to do at this instance. The only thing that we can do at this instance is to close our eyes tight, concentrate on our mind and pray to our god. Pray for an early gathering. Pray for happy and prosperous love and life after this... takes effect.
Posted by Unknown at 11:45 PM No comments:

A Question to My Fate 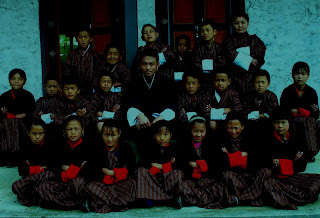 I have nobody to express gratitude or charge for what I am today. My parents are too innocent to help or hinder me; my god is so silence to bless or desecrate my path, and I am too young to sketch or spoil my future. It’s prevailing fate who played the major role in shaping me, but now regardless of his supremacy, he will neither hear my gratitude, nor sense my protest.
I am not depressed with what I am today, but I am not pleased as well. If I look high up at some landlords, they are blessed with all the riches of the world so that they even risk millions in their gambling. I am nobody if judged against to them – I am struggle in a little attic with hand to mouth condition. But if I look down till the town-beggar, they are deprived of basic needs like food and shelter, let alone wealth. I am a big shot if judged against to them – besides food and shelter; I have one classy acer laptop with GPRS internet connection to explore the world around and standard Samsung mobile phone to keep in touch with my intimates.
I won my fate’s unsparing adoration, so that I am thrown into the channel of English teachers in Bhutan. I would like to extend my gratitude not merely from my lips, but from the core of my heart. Today I am flowing with so many trainees-teachers, and soon we will have to hold a text and make it comprehensible to hundreds of little kids.
But Mr. Fate, do you think I can teach English to future Bhutan when I myself suffer with Basic English grammars like tenses???
Posted by Unknown at 5:56 PM No comments: 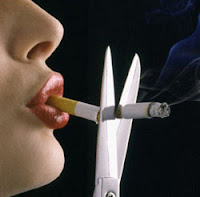 Tobacco Control Act, 2010 is in its full swing, so that we hardly see any people consuming tobacco, at least in the public areas. We never know what is happening in the dark, but being Buddhist, such direction is very essential for us. It will be of great benefit to everybody, irrespective of whether they are conscious about their health or not.
Nevertheless, the act seems to have a heavier bang on the humble folks, who are far from the border gates. Being in the vicinity of border towns of India, it is easier to get tobacco, either in compliance with the act, or in black.
But, imagine a pitiable chain-smoker at Laya, who even trembles and stammers when his mouth runs out of tobacco. It will be easier said than done for him to obtain a receipt from the nearest custom office, let alone reach the border towns of India to buy it.
It is not necessary to argue from the perspective of human right, because, by now, everyone knows it.
I don’t know how far I am right, but I even doubt if everything containing tobaccos were checked, because there are numerous stuff that has tobacco as its major ingredient. If the name of the act is tobacco control act, everything containing tobacco more or less should be banned. If not, I would rather call it as cigarette control act.
Having said so, I am neither going against our sublime religion, nor showing disregard for the decisions of our dedicated law-makers, but raising the issue on behalf of pathetic victims of the act, whose voice goes unheard always.
Our Voice is heard :-)
Excerpt From Kuensel:
Tobacco Control Act
Winter session to
discuss amendment
To speed up the process, it
will be proposed as an urgent bill
Sonam Pelden


The Tobacco Control Act will be 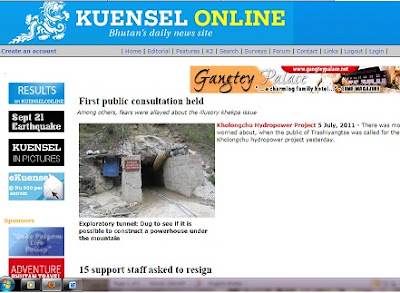 proposed for amendment in the
coming winter session of parliament,
as it has completed the
mandatory one-year period to
be considered for amendment.
Prime minister Jigme Y
Thinley yesterday announced
that an amendment bill would
be proposed and, given the pain
and the suffering that it (the Act)
has caused, the government
would seek a swift deliberation
and an adoption of the amendment
bill. The government is
also studying if the amendment
bill can be proposed as an urgent
bill. “We have to look at the
legal implication, but even if not,
we’ll consult with the National
Council and make every effort
to see it through during this session
itself,” the prime minister
said.
------------------------

Posted by Unknown at 5:48 PM No comments:

You are visitor number: