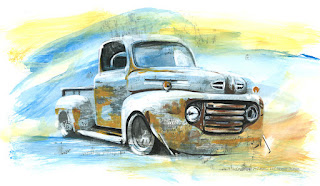 Tonight, I see a dancing girl,
Her body, like the birds of paradise,
Swinging in the August wind,
Hundreds of eyes feasting on her form,
Mesmerized in her moves and shifts,
Laughter – as that of African hyena!

Tonight, I am among these hungry eyes,
A visual feast, right on the stage,
Alas! Oceans of tears, I can feel,
In her li’l eyes – hidden, tensed,
Deeper inside her, like a stolen pearl,
In this li’l dazzling dancing girl.

Tonight, my eyes weep
With oceans of tears behind, tensed,
Deeper in my weakening eyes,
With a crying dancing girl,
Moving hither and shifting thither,
Like a trained Indian parrot,
With the beat, rhymes and rhythm,
Right here, beside me.

Tonight, the dance is but an irony,
Sorrows coated with laughter,
Miseries seasoned with ecstasy,
And the audiences, as though like an owl,
Blinded by big bright blue bulbs,
All in, alas! High spirits!

Tonight, my heart is breaking,
With the scene of pretence,
Persistence and perseverance
Of this crying dancing girl,
Weeping like a child within,
Entertaining the heartless beings,
Until their ill-bred eyes close.

Tonight, I will turn back, faraway,
Her tears and pain, I shall remember,
Her innocent dance-steps, in my heart,
And shed some more tears down my cheeks,
Sob for days and nights, sniff sniff!
Yet, pretend a smile on my face,
For this li’l crying dancing girl!

I still remember the words,
And even lines of my orthodox grandpa,
Like last night’s dream in my mind,
Telling tales after tales of crows
And it’s fetid droppings from the sky.

Once a crow’s dropping dropped
With a splashing sound on my grandpa,
On his pumpkin-like forehead,
And the crow disappeared like a cloud,
Then he sobbed, sniff sniff sniff!
Until the sun sank far behind,
To sleep sound in the west.

He sold his cattle for some penny,
And his jewels for some grains,
All sacrificed for rituals after rituals,
Spent no less than his lifetime savings,
To ward-off the bad luck.

Thus, he is alive to this day,
As weak as mosquitoes,
As poor as Cinderella.

Once a crow’s dropping also dropped
With a splashing sound on my head,
And socked all my hairs - as white as snow
And the crow disappeared like a cloud,
Then I cried, boo hoo, boo hoo!
Until the sun sank far behind,
To sleep sound in the west.

For too long, was I in Hamletian dilemma,
To sell or not to sell, all my riches,
For rituals after rituals like he did,
But in my mind, I knew beyond doubt,
Dropping contains nothing but rat-tapeworm,
And not bad omen, never, ever,
And I wiped and rubbed, until it hurt,
With antibacterial-scrub and some soap.

Thus, I’m alive to this day,
As strong as Lord Zeus,
As rich as the Blue Beard.
Posted by Unknown at 1:59 AM 3 comments:

You are visitor number: